Batuqui: a Taste of Brazil in Cleveland

Having lived in Northeastern Brazil for a while (in the foodie paradise of Salvador) we developed a pretty healthy taste for the cuisine of the region, steeped in a unique combination of European, African and native Brazilian flavors. It is rare to find that kind of cuisine in the US, where the Brazilian steakhouse reigns supreme, so we were floored that we found such a place – Batuqui (12706 Larchmere Boulevard) – right in our new hometown of Cleveland. 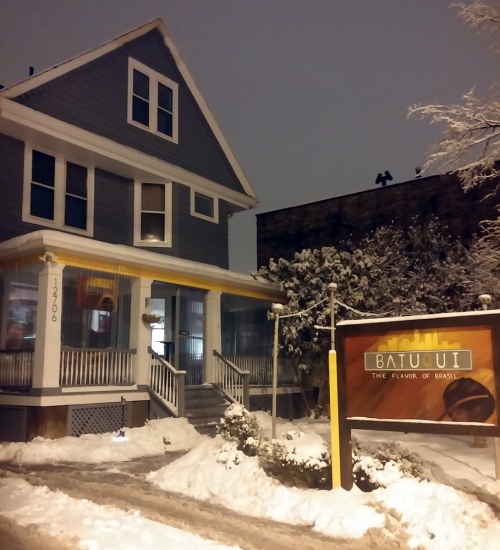 What do you mean it doesn’t look like Brazil?

The owners of Batuqui are from Bahia and Minas Gerais (the state just south of Bahia), in my opinion the best regions for what what would be considered home-style Brazilian cooking. Batuqui is located in a Victorian house on the East Side of Cleveland, and you really feel like you are eating in someone’s house, right down to the cozy, working fireplace. However, you do get a bit of the tropical atmosphere with the bright colors, Brazilian artwork and fresh flowers. There is even a little fully-stocked wooden bar in the front room, doling out caipirinhas, Brazilian beer, and South American wines to the regulars. On the nonalcoholic side you could also get tropical juices and refreshing Guaraná soda. 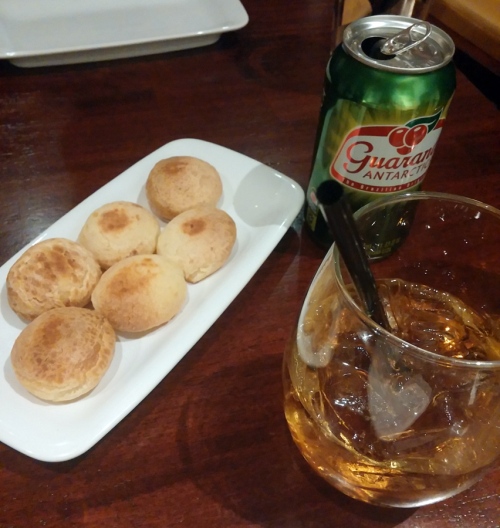 The menu at Batuqui changes with the seasons, and features classic Brazilian dishes (with an emphasis on the Northeast). we were impressed by their selection of salgadinhos (salty snacks) that are a Brazilian staple: including linguiça sausage and fried yuca ($10) and bolinho de balcalhau – codfish fritters ($9). We started off with pão de queijo ($8), a cheesy bread from Minas Gerais, and L’s all time favorite snack. These were delicious, hot and fresh out of the oven. 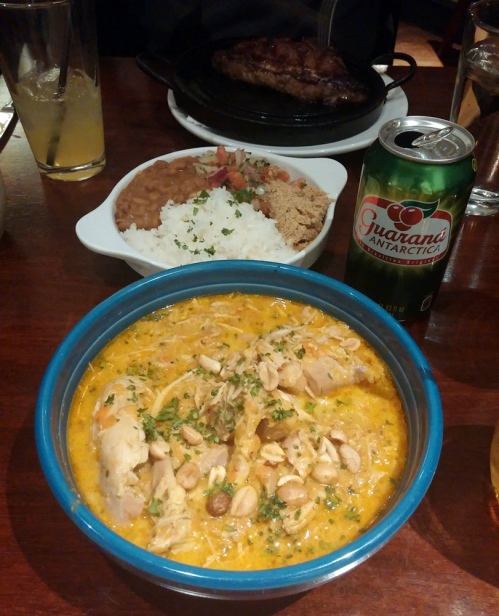 For entrees, you can get a classic feijoada, a mixed meat and black bean stew, or go a little lighter with seafood pasta. M saw his favorite cut of beef, picanha ($26), which is somewhat difficult to get in the US, so he had to order it. Bahian food is known for its use of bright red palm oil (dendê), which to some is an acquired taste, but we really love the flavor (and color) it gives everything.  L was waffling between two dendê-laden choices: the moqueca (a Bahian coconut milk and shrimp stew) and xim xim ($16), a chicken stew over rice. In the end, L went with the xim xim. Both entrees had surprisingly generous portions, and tasted as if they had been transported right from Brazil. The xim xim was colorful, fragrant and brightly flavored, and the pichana was cooked perfectly and arrived sizzling on a cast iron platter. As an added bonus, the picanha also came with salad, rice, beans and farofa, toasted manioc flour used like breadcrumbs. 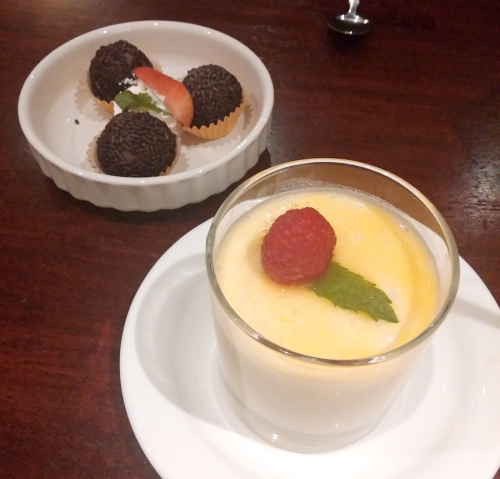 To finish we had passion fruit mousse ($6) and brigadeiros (chocolate caramel truffles), two quintessentially Brazilian desserts. Everything at Batuqui was delicious, and really authentic, definitely one of the best Brazilian meals we have had in the US. The service was also warm and friendly, a major plus. Dining at Batuqui really felt like you were dining at a Brazilian friend’s house, albeit one smack dab in the middle of snowy Cleveland.