Traditional Norwegian Lefse in the USA

In grocery stores in Madison it is not uncommon to see packages of lefse in the dairy case, though we had never once encountered them in Chicago. So what are we missing here in IL? Lefse are thin Norwegian potato pancake-like creations that are generally used like tortillas – and can be stuffed with sweet or savory goodies.  Lutefisk and Gravlax get more attention when discussing Norwegian cuisine due to their reputation as acquired tastes, but who doesn’t like potato pancakes?

Most lefse are now machine made, and in the US, are usually only available in places with large Scandinavian populations. However, but the tradition of homemade lefse still live on in pockets. The Milwaukee Journal Sentinel has an interesting piece about Countryside Lefse in Blair, Wis, a company that still makes Lefse by hand. In fact, according to the University of Wisconsin, the tradition of lefse is more alive in the Upper Midwest than it is in Norway! Wisconsinite LeAnn Ralph has a Lefse recipe, if you’d like to try your hand at homemade. 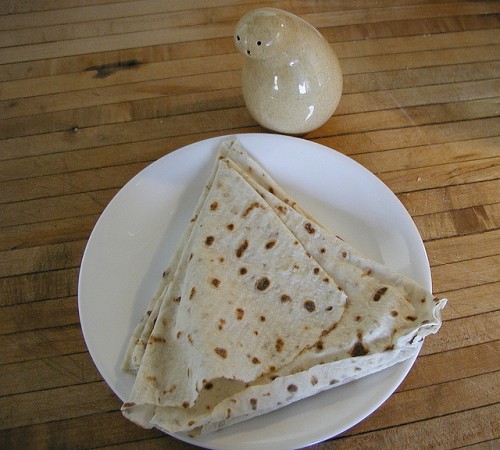