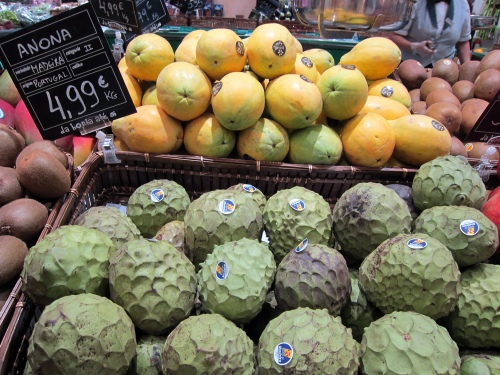 When we were in Brazil we felt like we were in a paradise of exotic fruit, and we certainly tasted a few unique varieties. When we arrived in Portugal, we put our hunt for exotic fruits aside. However, we were stopped in our tracks by an exotic Portuguese fruit that bore a striking resemblance to the Brazilian sugar apple, the anona. When we saw the distinctive green nubby shell in the grocery store we did a double take. It looked like a sugar apple, but with less nubs. The greengrocer informed us it was from the island of Madeira, and was ripe when soft. After two days, we broke the anona open, and like the sugar apple, it had white fleshy nodes surrounding large black seeds. The flavor, while similar, tasted a bit more like banana. We were happy to find the anona though it gave us saudades for the sugar apple. 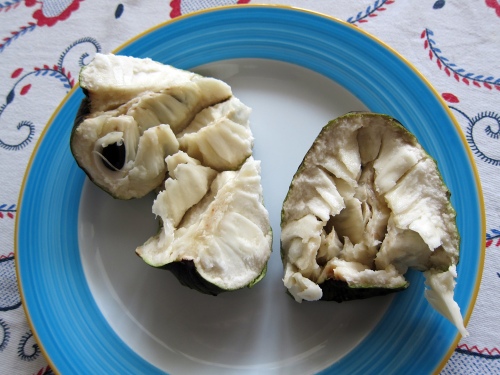