We previously wrote a post about Quiosques, small cafe kiosks located in city squares, and their awesome prevalence throughout Lisbon. Today, we are going to give you a guide to a special breed of quiosque – the Quiosque de Refresco (refreshment kiosk). The quiosque de refrecos is the brainchild of Catarina Portas, proprietor of the store A Vida Portuguesa, who wanted the revive the quiosques in Lisbon, and their old school drinks. The project was extremely successful, and the Quiosque de Refresco is something of a chain now with five locations throughout Lisbon. We were shocked to learn that there was no quiosque (in the recent past) in the bustling Praça Luís de Camões (below) until the Quiosque de Refresco appeared in 2009. Doesn’t it seem like it had been there forever? 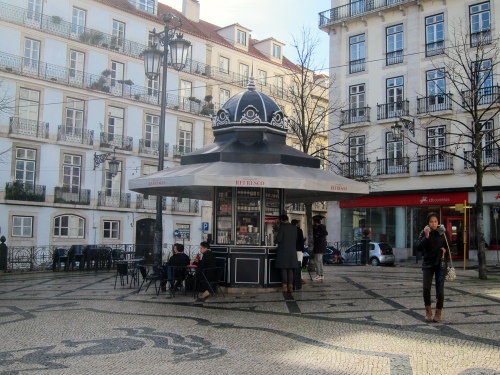 What makes these quiosques so unique, despite being cool places to while away the time, is that they sell old-school drinks that originated in the mid-20th century or earlier. So what kinds of drinks can you get at a refreshment quiosque? The drink options are written on a little hanging chalkboard, pictured below, and include both alcoholic and nonalcoholic beverages. Seem confusing? Never fear, I will walk you through all of the options on the menu pictured below. 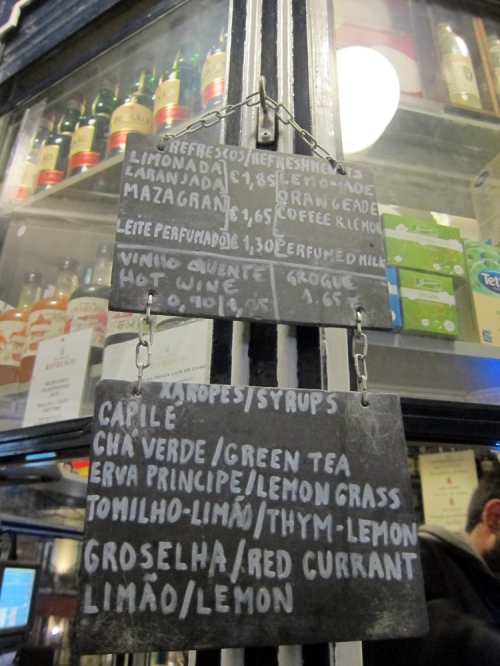 Leite Perfumado – I ordered what I thought was a Spanish horchata, turns out it was actually a leite perfumado. This drink, which translates to “perfumed milk,” is milk steeped with sugar, cinnamon, and lemon, which gave it a chai-like flavor. Even though it is made with UHT (boxed) milk, which I normally do not like – I thought it was great! This drink is served cold. 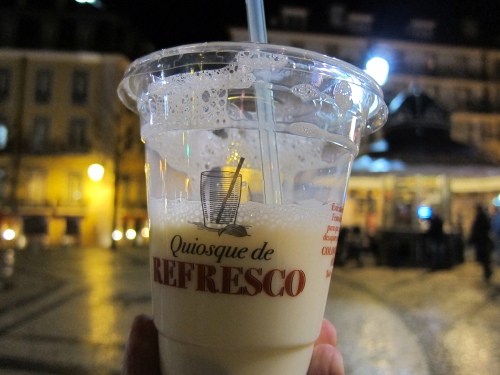 Mazargan – This is a classic drink made from coffee, sugar and lemon. The Portuguese are big coffee experts, and this storied coffee drink has quite an interesting history, and bears the name of a town in Algeria. Served cold, this drink is sweet and refreshing and good for a midday caffeine boost.

Limonada/oranjada– Perhaps the most familiar option, these are fizzy lemon or orange drinks, much like a San Pellegrino fizzy beverage. These crisp drinks are definitely great for a warm day, or for kids. 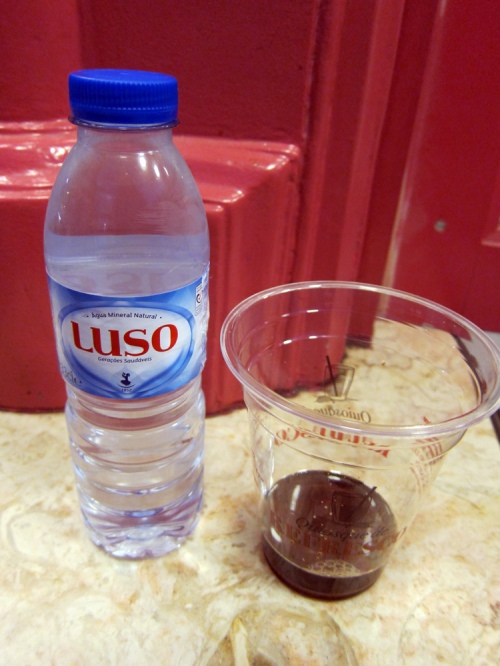 Xarope (Syrup) drinks – These drinks came in a variety flavors, and are served with a small amount of sugar syrup in a cup, and you then mix in a small bottle of still water. Two of the most iconic and unique syrups are the groselha and the capilé. These drinks were somewhere between a juice and Kool-Aid in taste, but not super sweet. The flavor Groselha is within my realm of knowledge – red currant. However, capilé was something else entirely – not that it doesn’t even have a translation on the menu – fern! We really enjoyed the Capilé, which had a sweet grassy flavor similar to green tea. Other syrups available included: chá verde/green tea, erva principe/lemongrass, tonilho-limão/thyme-lemon and the simple limão/lemon. 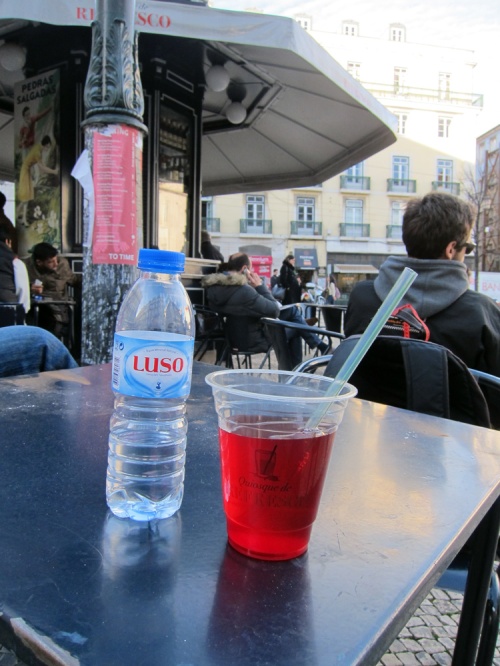 Vino quente– We were there during the winter, this drink was basically flying out of the quiosque. Vino quente is literally translated as”hot wine,” and is basically a mulled wine (usually Madeira or Port) with spices. Perfect for a cold night.

Grogue – For some reason we had this drink mixed up in our head with the Swedish drink glögg, which is actually more akin to the vino quente above. However, we did find a description of what makes us a grogue from the Quiosque site: 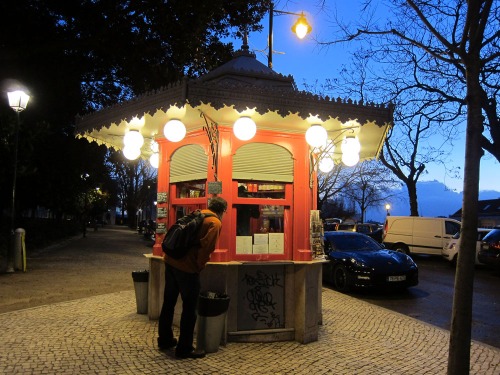 Quiosque in Praça do Príncipe Real

So there you have it! Now you know exactly how to decipher the menu, and find your new favorite Portuguese drink. We also suspect these drinks may change with the season…mulled wine may not be suitable for a hot summer day. If you are in Lisbon, the quiosque de refresco is a great slice of history, and it fun to seek out all of the different quiosques across town. If you go, let us know what you order!