Our favorite part about Lillie’s Q (1856 W. North Avenue, Chicago) is their impressive selection of regional BBQ sauces at every table: six at last count, each representing a distinct BBQ region. Sampling all of the sauces at Lillie’s Q is like taking a crash course of all the major BBQ sauces in the US (for context, check out this BBQ map graphic we previously posted). As you travel from region to region, what is called “Barbecue Sauce” varies wildly, and trying them all is half the fun. If you haven’t visited Lillie’s Q yet, here’s what to expect on your whirlwind tour of US Barbecue. 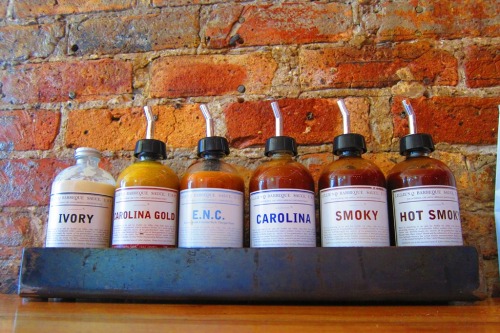